Hope you’re hungry, because this is one delicioso list! Today we’re counting down our picks for the “Top 10 Mexican Foods”. For this list, will be ranking the most popular foods, dishes, and recipes from the world of traditional Mexican cuisine. We will be omitting dips, sauces, and drinks, however, this means that salsa, mole, guacamole, and horchata, will be held off for another day.

And the best place to taste these dishes are in Mexico! These recipes have been lovingly prepared & perfected by generations of mothers and grandmothers so for that authentic taste, come to Mexico. 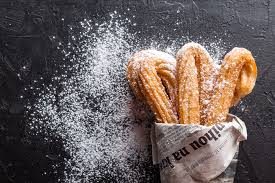 Who says you can’t eat dessert first? We’re kicking off our list, with this fried sugary treat, which to be fair isn’t only consumed for dessert. Instead, many Mexicans, not all, actually start their days off with churros for breakfast, although the pastries popularity is not limited to Mexico. Folks in France, Spain and Portugal have been known to dip their churros, which are essentially dough pastries in their morning coffee. One theory goes that Portuguese explorers exposed Europe to the treat, after bringing them back from their trips to Ming Dynasty, China. Whatever their origins, these donut-like treats are oh so good. 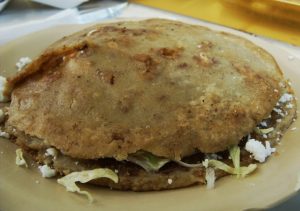 The name of the next food on our list, translate from Spanish to “little fat one” in English, and comes from the small rounded masa or dough, which surrounds a meat, cheese, or veggie filling. Gorditas are usually prepared with either a corn or wheat masa, and are either baked or fried, in a shape somewhat similar to a British pasty or savory popover. The best thing about these little pockets of food love however, is that they can be filled with just about anything imaginable, making them a versatile snack or supper for any time of the day. 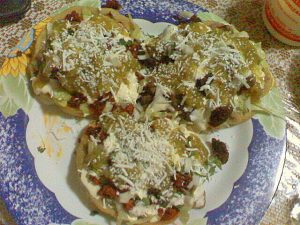 The traditional Mexican dish known as the “sope”, is another handy snack food with a variety of delicious preparations. The base of the sope begins with a lime-soaked fried corn dough, which is then topped with refried beans, veggies, and sauce to the chef’s taste. Meat toppings, such as chicken or pork can be added to the sope, although the traditional preparation often combines the veggies, with either red or green chili sauce or salsa with a cream topping. But really, the sopa is delicious and every preparation, which makes it a must-try Mexican dish. 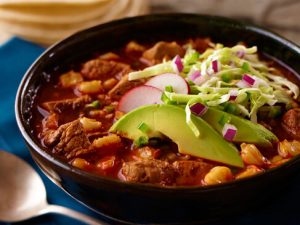 Some foodies may not immediately think of soups or stews, when they imagine traditional Mexican cuisine, but this next entry on our list is definitely a delicious exception. The pozole is a Mexican soup, packed with flavor and history, as it used to be utilized in ancient Aztec culture for religious rituals, including human sacrifice. Today, the pozole is thankfully not prepared with people meat, but instead has a base of dried corn kernels known as “hominy”, the stew is then seasoned with chili peppers, cabbage, salsa, and citrus, before adding in pork for a traditional pozole presentation. 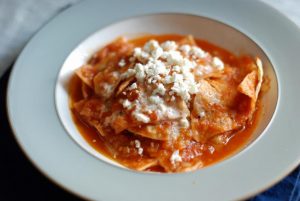 Chilaquiles may not be a household name, for those who only occasionally dabble in Mexican cuisine, but diehard foodies know that this tasty treat is essential eating, for those visiting Mexico on vacation. This simple but delicious dish, is anchored by several lightly fried corn tortillas, which are then cut into triangles and placed on four corners of a plate. The tortillas are then drenched in a salsa or mole sauce, before being simmered until soft, and then topped with Mexican crema, which is similar to sour cream, queso fresco, a type of cheese, onions, and avocado. Hungry yet? 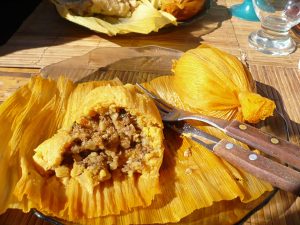 Tamales are a staple of Mexican Street food culture, and a typical example of simple, classic cooking at its finest. The traditional tamale begins, with that essential Mexican ingredient, masa, which is steamed in a corn husk, along with the toppings and ingredients to taste. Savory and sweet tamales are not uncommon to see in Mexico, as this handy portable snack can be filled, with meats, cheeses, veggies, or even fruit. This makes them a perfect vessel for a chef’s creativity, making them immensely popular around the world. 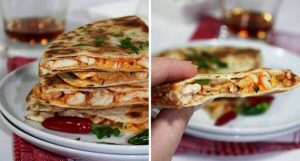 It’s difficult to imagine a Mexican food, with as much crossover potential as the classic quesadilla. This easy to prepare and easy to eat food, is easily one of the most popular Mexican dishes in North America, thanks to its ability to hold any manner of savory or sweet filling. Quesadillas consists of a wheat or corn tortilla, filled with cheese, meat, or veggies, and then heated on a stove or flat top until the mixture is cooked, and the tortilla is charred and crispy. This makes them excellent lunch ideas for picky kids, as well as a quick and easy dinner for busy adults. 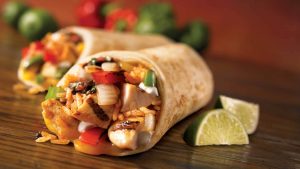 Look around anywhere, and it’s extremely likely, you’ll stumble upon a local join serving up burritos. Indeed, this Mexican culinary staple, has quickly become an obsession for many North American diners, with numerous fast food establishments and chain restaurants, riding the burrito train for all its worth. The burritos popularity again, is probably due to its versatility as a vessel, with its large wheat flour tortilla encompassing any number of savory fillings, veggies, beans, and rice. This makes the burritos place in popular culture every culture safe and sound, for many years to come. 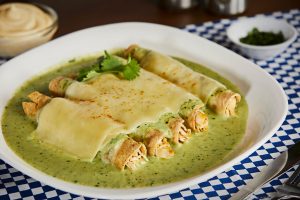 You will see this dish on the menu of many restaurants around the world. Not only those specializing in traditional Mexican food, this is due not only to the dishes popularity, but also to how easily a chef can put his or her own personal creative stamp on it. A standard enchilada preparation is a corn tortilla, wrapped around the filling of your choice, and covered in a chili pepper sauce.  Refried beans are common side dishes to the enchilada, while the tortillas themselves can also be covered in sauces or savory mole sauces, sauces resulting in hundreds of possible enchilada concoctions. 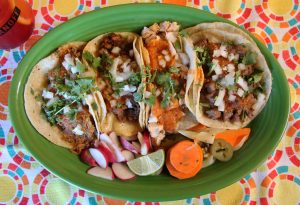 No Mexican dish quite represents the sentiment better than the taco, which can be served not only, as sit down dinners, but also, as an on-the-go snack out there on the street. The taco is traditionally prepared with a small soft corn or wheat tortilla, no crunchy shells here, folks. Often doubled up and filled, with seafood, cheese, veggies, or any variety of meat, including seasoned pork in the specialty dish, known as, “tacos al pastor”. Taco Tuesday, anyone?