No, May 5th is not Mexican Independence Day!

Mexico’s independence day is celebrated on September 16th, and shouldn’t be confused with the holiday of May 5th, which is the celebration of “Cinco de Mayo” which commemorates a small local army defeat of the French during the “Battle of Puebla” (May 5, 1862).

Here in Puerto Vallarta and throughout Mexico, Sept 16th and the days surrounding it are celebrated similarly to The 4th of July in the USA… with parades, food, family gatherings, and of course – fireworks! 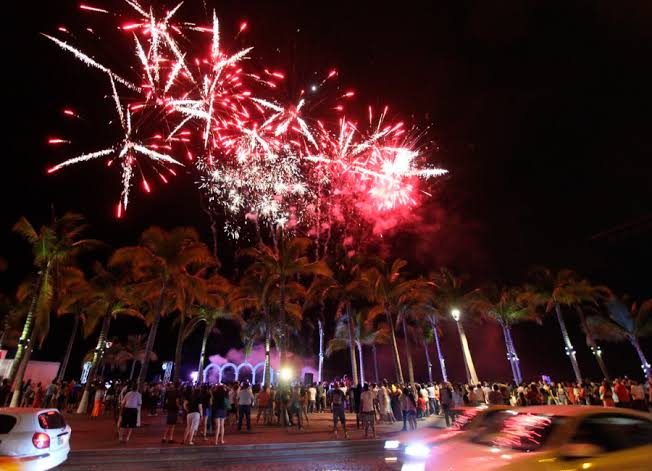 Alternately, Cinco de Mayo (May 5th) has somehow become a very popular celebration in the United States.  The day began being observed in California and other southern states as a day to celebrate Mexican-American culture.  It gained popularity in the 1980’s and was publicized highly by beer manufacturers.  Today, nearly as much beer is sold as during the Super Bowl!    (Cinco de Mayo in the US is a fun day – basically a great excuse to eat out at your favorite Mexican restaurant, or to indulge at home with a “fiesta” featuring salsa, guacamole, tacos, and copious amounts of Mexican beer or margaritas.)

What is interesting, is that throughout Mexico, this is not a national day of  celebration.  Some cities celebrate with military parades, but it is mainly celebrated in the Puebla area where the actual defeat of the French army occurred on this day in 1862.   The city of Puebla commemorates the day with an art and food festival, as well as a re-enactment of the battle.

September 16th and the surrounding week is a GREAT time to visit Mexico for the REAL Mexican Independence Day!