Deep in the jungle of the Sierra Madre Hills, among the world’s last remaining native societies continues to practice their unique customs. For centuries, the Huichol Indians have lived alone, standing up to the impacts of the contemporary world. As the home of many popular Huichol artists and simply a brief trip from the old villages, Puerto Vallarta has actually long been the very best location to experience Huichol society.

Annually, adventure seeking vacationers check out the Huichol, not just in the streets of Puerto Vallarta, however in their mountain villages for a possibility to observe a genuinely distinctive world. Calling themselves “Wixáritari” (“the people”) in their indigenous language, the Huichol claim to have moved west to the Sierra Madre Hills from the location known as San Luis Potosi. Because of this, a number of the Huichol living in these hills make a yearly trip to San Luis Potosi to commemorate their ancestors. Some evidence also suggests that the Huichol may be direct descendants of the ancient Aztec society. Today, approximately 7,000 Huichol continuously live in their mountainous villages, while an additional 13,000 have actually relocated throughout Mexico. 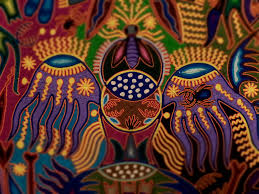 Amazing picture made by a Huichol Indian using colored string.

Besides the Huichol’s capacity to retain their native culture, the people are also recognized for extremely unique art pieces. For centuries, the Huichol developed images known as nieli’ka for usage in day-to-day rituals. Placed prominently in residences as well as any area of spiritual value, these symbols were created by coating a little tablet with beeswax and pine resin, and then pressing thread through the surface area. Utilizing just items created from nature, the resulting pieces of art work are known for their lively shades, spiritualistic images, as well as sharp representations of local wildlife. 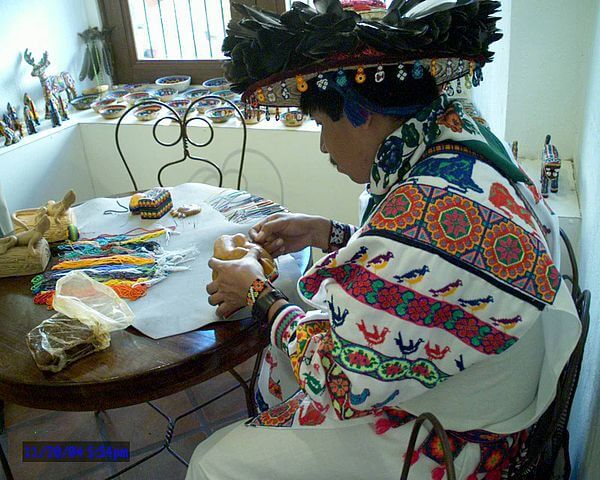 A Huichol Indian and artisan creating another piece of art.

In the previous couple of decades, Huichol artisans living throughout Mexico have actually put a modern touch on the typical nieli’ka. After some of these indigenous individuals concerned live in Puerto Vallarta, Mexico City as well as other populous locations, Huichol art work promptly gained direct exposure and popularity among art lovers and collectors. 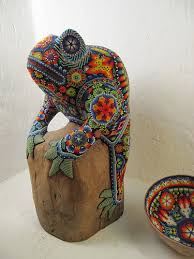 Wooden sculpture adorned by a Huichol Indian with beads in the traditional pattern and vibrant colors.

At some point, a handful of Huichol artists began developing bigger thread paintings including the same typical motifs. First presented in Guadalajara in 1962, these huge yarn paintings have since been discovered by collection agencies and as a result been displayed worldwide. Lately, Huichol artists have actually additionally begun producing items by pressing wood and steel beads onto wooden forms, producing complex images much like the now-famous thread art work.

Colorful and intricate art work constructed with beads and string by a Huichol Indian.

When collection agencies as well as art enthusiasts seek out Huichol artwork, one of the top place they visit is Puerto Vallarta. As you stroll the roads of Puerto Vallarta, you can discover plenty of Huichol artisans marketing their art works, and often creating their masterpieces in the moment, directly to the public. The Huichol will not be tough to find either; nearly all of these artists will be dressed in traditional white garments embroidered with the vivid styles found in their art work. Huichol artwork additionally features prominently in the art galleries of Puerto Vallarta. When looking for beaded work or thread paintings, among the best locations to begin is the Huichol Collection gallery situated on the Malecon– the city’s famed boardwalk. 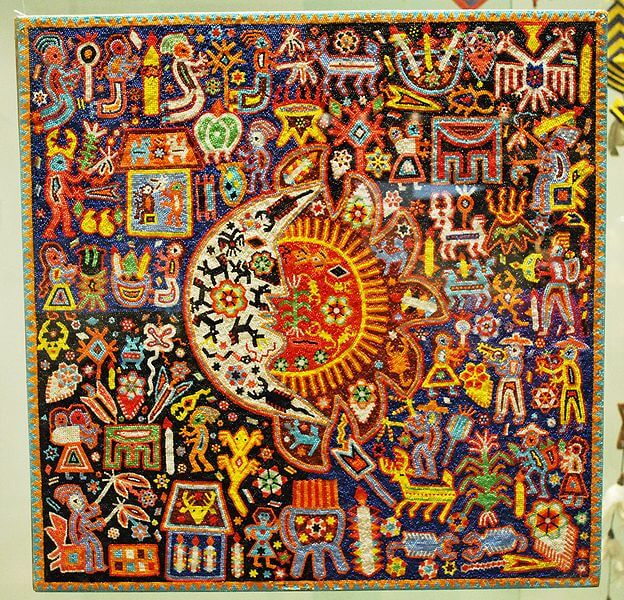 No matter where you buy Huichol art work, you will certainly always have the ability to discover pieces for any type of budget. If you want to get closer to the Huichol people, there are currently several trips that go to the people’s mountainous homeland. Out of respect for the Huichol, only small excursion groups– normally 8-15 individuals– get to see their towns. The majority of tours depart from personal air hangers near the Puerto Vallarta Airport, making the brief flight over the Sierra Madre Hills and also the jungle. These cost effectively priced tours depart early in the morning throughout the tourism season (generally very early December till April) as well as spend several hrs among the Huichol as well as their pristine setting.

Nowhere else in the world can you experience the culturally one-of-a-kind as well as artistically enlightening pleasures of the Huichol’s indigenous culture. When in Puerto Vallarta, invest some time with the Huichol and uncover a civilization that has actually existed only in your wildest imagination.